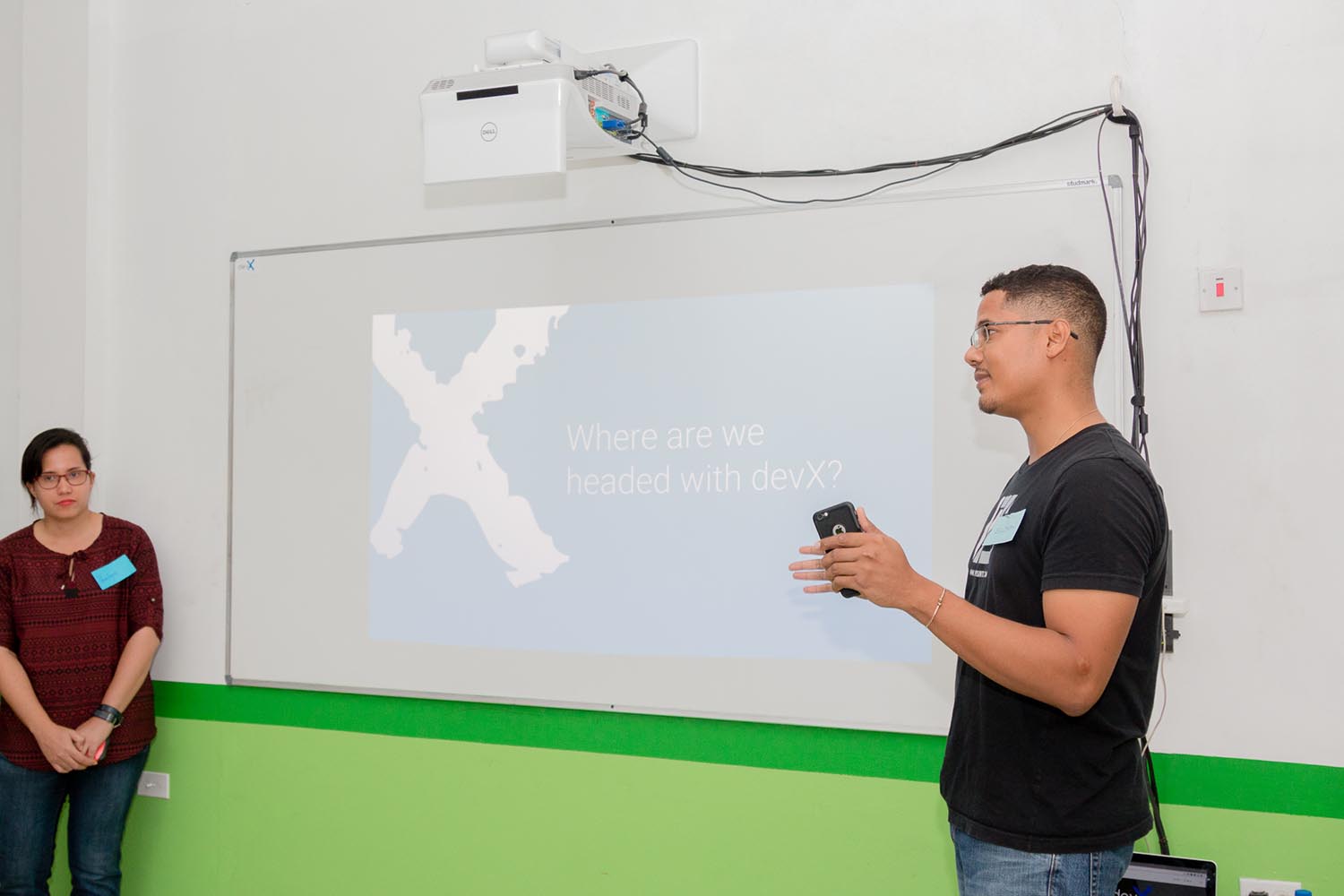 Young Guyanese seeking to break into entrepreneurship in the digital industry will be afforded the opportunity to place their ‘offerings’ on display at a Developers Exhibition (Dev X) from August 4 – 31, 2017. The event will allow for both online and face-to-face participation with the latter being held at the organizers of the event, WeOwn Space’s Lot 3 David Rose and Aubrey Barker streets premises and at other locations currently being determined.

An application has also been created that will allow for online viewing of and participation in the event. The same app will manage the registration of exhibitors and facilitate the uploading of exhibits and sponsors’ registration.

Sponsorship packages range from $ 5,000 to $ 200,000. The app will also allow for patron registration and ticket access.

Eldon Marks, Chief Executive Officer of Version 75 (V75) Solution Corporation and creator of the Developers Exhibition explained that V75 specializes in web development, information systems and mobile application development among other IT pursuits. Marks told Stabroek Business that he is prepared to enter into negotiations with the Ministry of Business that will allow access to the service for the annual GuyExpo event in order to allow for viewing of the event in the comfort of home.

According to Marks, the exhibition will afford local tech companies, software teams and other digital freelancers a platform to showcase their work, network with each other, attract local and foreign clientele and investors and inspire the young tech adherents.

He said that in so doing the initiative will promote Guyana’s capacity for competitiveness through the digital industry both locally and overseas.

In addition to the exhibits, the event will feature discourse on the tech services and products on exhibition and will allow for professionals to discuss challenges in the tech field and how these might be addressed.

Marks told Stabroek Business that the planned event has so far attracted approximately 30 exhibitors and one sponsor and that he is confident that it will attract greater interest in the period ahead. (Interested persons can register online (https://app.devxevent.com) or visit the office at Aubrey Barker Road)

On Thursday June 1, about 60 millennials attended a Dev X Open House at WeOwn Space, an event which, according to Marks, was aimed at “rallying human capital” for the country’s first ever digital industry exhibition. Marks said there are many tech entrepreneurs around the country “doing their thing in the corner and I am hoping to bring these individuals together in a collaborative effort.” He said the bigger picture was the further development of the digital industry in Guyana.

The event organizer said he believes that it is important for Guyana to develop the industry since it is now widely recognized that technology is a major driver for economic development globally. The former University of Guyana Computer Science lecturer asserted that many developing countries now rely on the technology industry as a major source of job creation.

Marks disclosed that following his successful completion of a Computer Science programme at UG and during his tenure as an assistant lecturer he discovered that several students had a great deal of “raw potential,” a discovery that moved him in the direction of creating an institution that would allow them to work on writing and managing projects and interfacing with clients.

He said that arising out of the response to his initiative he decided to create the V 75 network as a community for budding and experienced tech entrepreneurs. The network currently comprises about 30 individuals and Marks said a decision was taken to use the Giftland Mall as a space in which they could engage potential customers and market their products.

Last November, V75 was tasked with designing a prototype crime-reporting app that would allow citizens to report incidents including robberies, and other emergencies as part of a competition staged by the Ministry of Public Telecommu-nication. As a result of winning the competition the V75 team secured both local and overseas attention and a venture capitalist visited Guyana to discuss investing in the software.

While the engagement did not bear fruit the company, nonetheless, has since gained recognition and attracted clients in North America.

Arising out of the event staged by the Ministry of Public Telecommunications V75 decided to stage the forthcoming online exhibition, which Marks says will display the products and services both locally and overseas.

Version 75 is also seeking to establish a developer playground which will offer an attractive stipend package to talented individuals in search of experience. Marks explained that students leaving UG frequently secure various forms of employment in order to meet their living expenses. His aim, he said, is to provide them with an opportunity to further develop their real talents.

Asserting that capital accumulation is a major challenge in the local technology industry, Marks said he was aware that the sector was currently looking at ways to increase and to become more “product oriented.”

Marks and Chita Dwarka are co-owners of the WeOwn Space. At WeOwn Space they seek to provide physical accommodation to tech entrepreneurs and internet services, tables, chairs and laptops at a cost of $500 an hour.